The Dual State of Art at Centraal Museum Utrecht

From October 8th, 2022, to January 15th, 2023, Centraal Museum Utrecht is hosting the exhibition “Double Act – Masterpieces in Paint and Video” which dynamically explores the dual state of art and the relationship between static and dynamic, old and new, video and canvas, music and pictures. The idea behind this original exhibition is to compare the visual element of video with the fixed visual element of past centuries’ canvases. The subject, for both, is the human being in conflict with nature and other humans. “Double Act” seems to answer a precise need throughout the exhibition: how do ancient and present-day artists portray human emotions? And is there any continuity between the present and the past when it comes to human emotions? Visitors, young and old, can find themselves in the dualism presented by the exhibition that draws on human emotions, bodily expressiveness and the emotional dimension of being human.

The exhibition alternates video art with paintings by 17th-century Flemish painters and shows how they are closer emotionally than we think. The exhibition is a journey encompassing the five human senses. Between violence and chaos, contemporary artists such as Bruce Nauman and Steve McQueen are put side by side with masterpieces by Utrecht art masters such as Abraham Bloemaert and Roeland Saverij. Jennifer Allora and Gullermo Calzadilla’s works are juxtaposed with the Caravaggesque works of Janvan Scorel, Dirck van Baburen, and Gerard van Honthorst. By coupling the experience of video with that of the canvas, both works gain a new dimension, and allow the visitor to experience the similarities between yesterdays and today’s human beings. The feelings are similar. The exhibition is presented as a game of lightness and darkness, of dazed sounds and harsh images, encompassing spiritual and emotional dimensions that catch observer’s feelings.

Art, as per the title of the exhibition, has indeed a dual state. In Paulus Moreelse’s canvas, “The Torture of Prometheus,” emotion seems to come out of the canvas. Hendrik ter Brugghen showed the God of War peacefully sleeping, but with his hand on the hilt of the sword – denoting readiness for action, if needed. Richard Mosse’s work “The Enclave,” on the other hand, shows through a series of videos the violence in the civil war in the DRC. Marina Abramović produced a black-and-white movie clip showing women’s protests regarding the social issues. Video and image alternate each other. They extrapolate and celebrate a single moment. When it comes to telling a story, video and painting might differ. The video illustrates countless images, while a painting is one single. Then again, human beings are unique: they are a set of dualisms. Emotions and tensions, past and present. 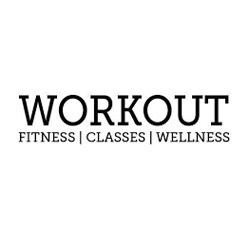